You are here:
Home / Hospitals / Calvary Central Districts Hospital / Caring for the Northern community for 40 years

Caring for the Northern community for 40 years 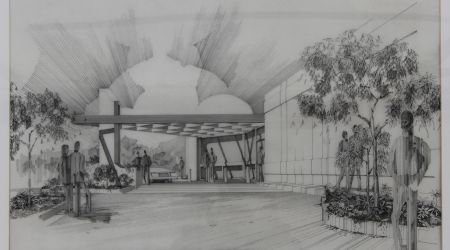 The original hospital ward decor was very flash back in the day.

The front entrance to the hospital looked a bit different without the specialist suites and oncology buildings that you see today.

Dr Wong and wife Siew Jee have been friendly, reassuring faces around the hospital for many years.

Current staff members Linda (centre) started in 1985, and Gill (left) started in 1986.
“We have lots of patients who are still coming back, who remember us from when we first started.”

Volunteers have always been a special part of the hospital. We thank each and every one of them, including 88 year old Maureen who can be seen here (fifth from left) in 1988.

The hospital was decorated with balloons to greet staff and patients as they arrived.

Matt was on hand to cook the BBQ for the staff’s socially distanced lunch.

A delicious lemon sponge was created by Halina for dessert.

Memories shared from staff and specialists

“I started private practice in 1986. There were two private hospitals in the North at that time: Harwin Private Hospital at Brahma Lodge and Central District Private Hospital in Elizabeth Vale.  Both were owned by the same health group.  After a while it was decided to make Harwin a medical hospital and Centrals a surgical hospital. This did not work out and in the end Harwin was closed and became a nursing home. Centrals on the other hand had grown from a small hospital with few visiting medical specialists to one with onsite specialist centre and other medical services with large number of visiting specialists. Hopefully it will continue to grow in the future.

A bit of trivia.  Do you know why the wards are named A, D, G and M?
They used to be Wards A, B, C and D. When two senior pioneer surgeons retired many years ago, it was decided to change Ward B to Ward M in honour of Mr James  Mill, while Ward C was renamed Ward K in honour of Mr Paddy King. This was subsequently called G Ward (for Grote) when the palliative ward was set up.”

“There was a lady that came in the other week, and she remembered me from when I first started in 1986! It just shows that patients are still coming back thirty odd years later, and we have lots like that.”

“We have been a family. We supported each other through births, deaths, marriages, sickness, and everything in between. That was the most important thing to us.”