You are here:
Home / News / The Two of Us
What do a retired sea captain and a pastoral carer have in common? Well for one thing, they both like a chat. Stephen Alphonso and Glen Renton share their story. Like the one between retired sea captain Stephen Alphonso and Pastoral Care Coordinator Glen Renton, who sat down recently to share some laughs, and their story.

The man in the red suit was one of the first people Stephen Alphonso spotted when he first came to visit Calvary Ryde Retirement Community’s aged care home.

It was just before Christmas 2018 and Pastoral Care Coordinator Glen Renton was in full Santa swing, handing out gifts and joy to residents and their families at a Christmas lunch. He was hard to miss.

Despite some speech difficulties, a legacy of Stephen’s stroke nine years ago, the two men from opposite sides of the world and wildly different backgrounds have been chatting and laughing ever since.

“I took to him straight away,” said the former Merchant Navy captain who was born in the Indian coastal state of Goa and educated in Bombay (now Mumbai).

“And he still gives me a hard time,” says Glen, a Uniting Church minister who six years ago, came to work with Calvary, a national Catholic not-for-profit health, retirement and community care provider.

Stephen had come to Calvary Ryde Retirement Community with his wife of 45 years, Bonita. By then also his carer, Bonita needed to know if the facility suited her husband, could meet his particular needs, and whether it could one day become his new home.

Sadly Bonita died some eight months later. Stephen isn’t dwelling on sad things. He considers himself a happy man and lucky in so many ways.

Along with 80 other residents, Stephen has just moved ‘next door’ into a new purpose-built residential aged care home.

Set in eight hectares of landscaped grounds in the north-west Sydney suburb of Ryde, the new 116-bed residential aged care home is part of Calvary Ryde Retirement Community. More than 120 independent living units are also part of the expansive community, with 21 more due for completion early next year as part of the next stage of a $60million redevelopment designed to meet the changing needs of residents as they age in place.

The site was originally part of land granted to Thomas Chaddock in the early days of the fledgling colony. Like Stephen, Chaddock was a sailor. Unlike Stephen, he didn’t chose to come to Australia – he was transported for seven years.

Stephen and Glen are sitting in one of the home’s comfortable communal lounge areas. Spring rain has forced them indoors from the rooftop garden, another feature of this well designed facility.

Stephen is keen for a chat but is trying to speak slowly, deliberately.  Glen is listening carefully and is fully present.

Both men have learned patience.

“(Stephen’s speech impairment) does make it hard sometimes,” says Glen. “Every now and then I have to ask him again what he meant and sometimes you have to listen really intently.”

“But investing that time is worthwhile. Stephen has a lot to give, and stories to tell.”

Stephen spent 45 years at sea, mainly on tankers carrying crude oil between the Arabian Gulf and Europe. He began his career as a maritime naval cadet. By the time he retired, he was second officer on huge super tankers and was captaining smaller support tankers.

“Every day was different, challenging” he says.

Bonita meanwhile was at home in Bombay raising and looking after their two daughters.

“I was very lucky. I had a very understanding, lovely wife.”

Stephen and Bonita moved to Australia about 25 years ago to be near family. Both his daughters and their families now live in Sydney.

The pandemic has meant there have been times when he has seen little of his daughters or grandchildren, and sometimes not at all.

It’s been hard but he’s kept himself busy with the various activities on offer, chatting with other residents, and walking the corridors for his daily exercise. Come summer he will no doubt be watching with great interest as Australia take on the touring Indian cricket team.

Stephen has turned to technology to stay connected with his family, using his iPad to talk to his daughters several times a week. It’s made things a little easier.

He also uses the device to listen to his favourite tunes on digital music service Spotify.

“That’s why he needs me – to help him with Spotify,” Glen quips.

Stephen laughs and returns serve. “I have to treat him well – he looks after my soul as well.”

And it’s not just Stephen’s soul. Glen provides pastoral care and support to residents of a multitude of faiths that call Calvary Ryde Retirement Community home. It’s part of the job and the service.

“Being a rev, it’s my job to make sure that their spiritual needs are met. A lot of the residents have come here to Calvary Ryde because of their faith traditions.

“We have a great mixed bag of faiths – there’s Catholics, Buddhists, Greek Orthodox, Armenian Orthodox, a Seventh Day Adventist, Presbyterians, Anglicans, Baptists, Hindus, Uniting … and there are those with no particular religious affiliation.”

Glen began to follow the path of ministry, working first with young people and later in parish work after being ordained as a Reverend Uniting Church in 1992. For many years he was also a volunteer chaplain with NSW Ambulance.

He makes a point to connect with all the residents, he wouldn’t be doing his job if he didn’t. But it’s not just part of the job, it is part of Glen.

“I’m about making a difference,” says the man who also calls a good game of bingo, makes a great Santa, and turns his hand whenever and to whatever is needed.

“I just want to make sure everyone’s okay, and they are enjoying life as they should. If I can make them smile for the day, I’ve done my job.” 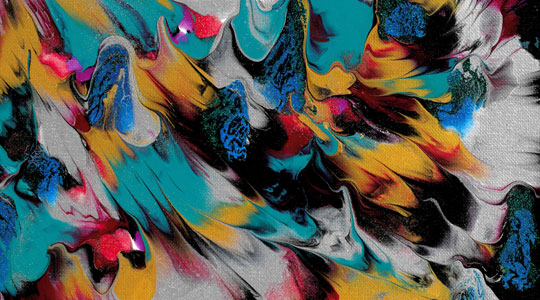