Calvary – one of Australia’s leading Catholic health, community and aged care providers which operates four hospitals in South Australia – said it had today signed a formal contract with the Adelaide-based developer, Commercial & General, and well-known construction company, John Holland Constructions, for the 12-storey, 340 bed capacity, state-of-the-art facility, which paves the way for construction to start.

The new hospital continues the work of the Sisters of the Little Company of Mary who have served the people of South Australia for over 100 years and is a statement of confidence in the South Australian economy and Calvary’s ongoing commitment to the long term health care needs of the people of Adelaide.
More than 500 jobs are expected to be created during construction of the hospital. 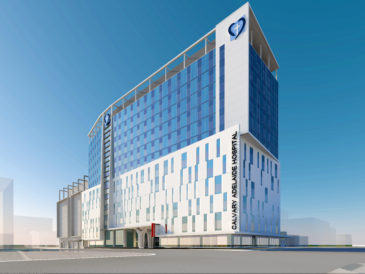 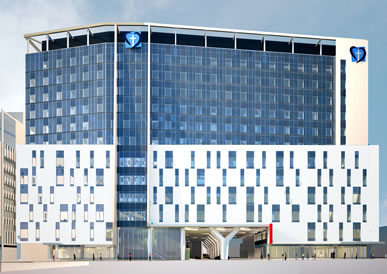 When completed, the hospital – to be built in Angas St next to the SA Police headquarters – will replace the current Calvary Wakefield Hospital in Wakefield Street, including its privately operated 24 hour emergency department, as well as accommodating the Calvary Rehabilitation Hospital at Walkerville.

The iconic Calvary North Adelaide Hospital, established in 1900, and Calvary Central Districts Hospital at Elizabeth Vale will not be affected by the new hospital.

“This is a landmark project for Calvary and is by far the biggest investment we have ever made in a hospital anywhere in Australia,”

“It is the biggest and most comprehensive private hospital ever built in South Australia and will redefine the quality and excellence of private hospital/health care in this state,” he said.

“Quite simply, we have outgrown our current site in Wakefield St and need to expand to help Calvary meet increasing demand for our high quality services, including our privately operated 24 hour emergency department – the only one of its kind in SA.

“We examined a number of different development/expansion options – including expanding our current hospital – and chose to build a new hospital as it gave us the opportunity to start with a blank canvass.