Calvary Health Care is delighted to announce the appointment of Martin Bowles as National Chief Executive Officer (NCEO), following the retirement of the current NCEO Mark Doran at the end of the year.

Martin Bowles, formerly Secretary of the Department of Health, joins Calvary with a wealth of experience gained during his almost 40 years as a senior public servant.

Martin worked in both the Queensland and New South Wales Governments before moving to the Commonwealth, where for the last 11 years he was Deputy Secretary in the Departments of Defence and then Climate Change, and then the Secretary of the Department of Immigration and Border Protection, followed by his appointment as Secretary of Health for the past three years. Martin was awarded the Public Service Medal (PSM) in 2012 and has played an integral role in changes across the health sector including the significant recent reforms to government funding for public hospitals in Australia, to generate greater efficiency, safety and quality in our hospital system.

The Chair of Little Company of Mary Health Care, the Hon. John Watkins AM, says Martin’s vast experience in health and his great leadership capacity were key to his appointment.

“Martin’s obvious capability, outstanding leadership qualities and deep commitment to serving the people of Australia strongly aligns with Calvary’s mission to provide quality, compassionate health care to our communities, including the most vulnerable and those reaching the end of their life.

“As NCEO, Martin is extremely well placed to continue Calvary’s plans to grow and strengthen our business, following on from Mark Doran’s exceptional leadership and contribution to Calvary during the past nine years.

“Mark’s inspiring leadership and sheer hard work have been instrumental in the development of Calvary into a strong, vibrant and innovative provider of Catholic health care. His vision and commitment has strengthened and sustained our delivery of mission-led high-quality health care within the communities in which we operate.”

Martin will be based in Sydney commencing at Calvary on the 1st of November. To enable a smooth transition and appropriate handover, Mark Doran has agreed to stay on until 1st December. 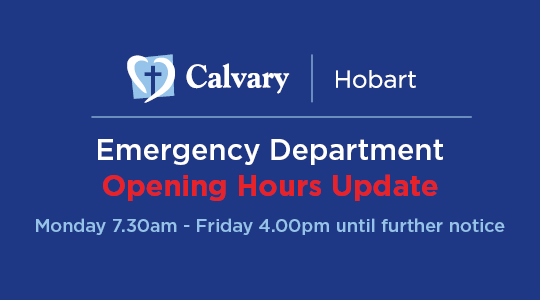