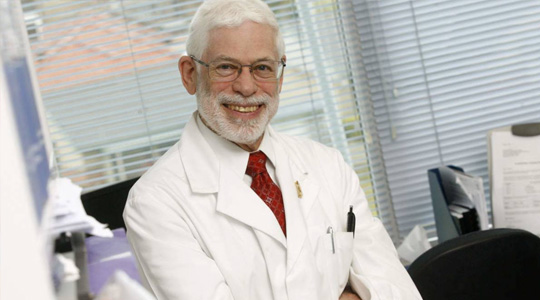 PROFESSOR John Forbes has received New South Wales highest cancer award for his contribution to the fight against the deadly disease.

The Oncology Director at Calvary Mater Newcastle was presented with the Premier’s Award for Outstanding Cancer Research in Sydney on Friday night.

Professor Forbes has been a pioneer in breast cancer research for the past 40 years and NSW Premier Mike Baird praised his efforts, saying those who ”worked away from the public gaze for years and decades to unlock the secrets of cancer” were worthy of recognition.

Mr Baird said Professor Forbes was among the ”most brilliant minds” being honoured at the event, and he thanked all of the award recipients for their ”skill and tenacity as they work to bring relief and hope to those living with this insidious disease”.

She said the discoveries he had made – including pioneering the use of antioestrogen therapy for early breast cancer – had ”improved the quality of many lives, in Australia and the world over.”

Professor Forbes has published more than 270 papers on breast cancer and works with the University of Newcastle.

Last year he was one of 65 Australians listed on Thomson Reuters’ list of ”The World’s Most Influential Scientific Minds:2014”.

His research has seen him conduct trials across Australia and around the world to develop new treatments and strategies in a bid to prevent the disease.

He was awarded a Member of the Order of Australia in 2012 for his service to breast cancer research, development of improved clinical practice standards and community service.