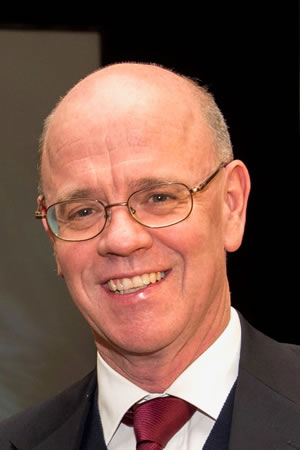 Calvary Public Hospital Bruce is pleased to announce that Emeritus Professor Nicholas Glasgow has been appointed Head of the Calvary Centre of Palliative Care Research, based at Clare Holland House in Barton.

Professor Glasgow is a Palliative Medicine Specialist and General Practitioner, whose research interests include palliative and end of life, health systems, chronic diseases and the scholarship of teaching and learning. He was Dean of the Australian National University Medical School from 2008–2016 and has served in various national roles, including as President of Medical Deans Australia and New Zealand.

“I am delighted to have been appointed to this role and build on the excellent foundations laid by my predecessors Dr John Rosenberg and Professor Liz Forbat,” Professor Glasgow said. “Under Professor Forbat’s leadership, and the hard work of Clare Holland House clinicians like Nikki Johnston, the Centre has gained recognition on the national and international stage with the INSPIRED Trial. I look forward to building on this momentum through research aimed at making tangible improvements to the patient experience of palliative and end of life care.”