The healthy birth of the 75,000th baby born at Calvary North Adelaide will provide benefits for hundreds of expectant mothers’ half way across the world.

South Australia’s oldest private maternity hospital Calvary North Adelaide has donated $5000 to Hamlin Fistula Ethiopia to honour the arrival of its 75,000th baby, George Jolly who arrived in December – 114 years after the first baby was born at Calvary Hospital in 1902.

Hamlin Fistula Ethiopia has been working towards the eradication of obstetric fistula and childbirth injuries in Ethiopia since 1974 – treating more than 45,000 patients in its hospitals and clinics across the East African nation, according to the charity’s Chief Executive Officer, Carolyn Hardy.

Calvary North Adelaide Chief Executive, Sue Imgraben said it was an honour to present the donation to such a worthy organisation.

“Hamlin Fistula Ethiopia was the ideal beneficiary for the donation, sharing in Calvary’s commitment to maternal health care and in its drive to nurture those who nurture our next generation,” Ms Imgraben said.

“Like our founder Mary Potter, Dr Catherine Hamlin (the founder of Hamlin Fistula Ethiopia) has been moved by the plight of the poor and vulnerable, especially those afflicted with ailments of body and spirits and those without access to financial resources,” she said.

“We are extremely proud to have welcomed our 75,000th baby in December and share in Hamlin’s belief that all women should be able to deliver their babies safely – just like the Jolly family.” 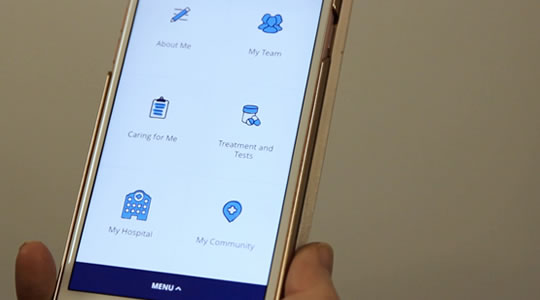