You are here:
Home / About Us / Heritage / Mary Potter

“Thank God always for the happiness and beauty of life – it is beautiful.”

Mary Potter was born on 22 November 1847 in England in the wake of the industrial revolution and its impact on the social and economic environment of the time. The youngest of five children, Mary Potter had four brothers and was raised largely by her strict, but loving, mother.

As an adult, Mary set about her life’s work of serving God. In doing so she sought to establish a Congregation of Religious Sisters whose lives are centred on prayer and caring for those who were sick, dying and in need. Mary Potter modelled the Congregation on the spirit of Calvary, calling her Sisters to be part of the ‘little company’ of faithful companions who remained with Mary, the Mother of Jesus, standing in spirit with her on Calvary, as she watched over her dying Son.

Mary Potter established the Congregation — Little Company of Mary — in an old stocking factory at Hyson Green in Nottingham, England in 1877. This area was particularly disadvantaged and the building itself was very run down. The stocking factory was offered to Mary Potter by the Bishop of Nottingham to use for her work among the poor, sick and dying.

Mary Potter and the early Sisters had a pear tree in the garden of the first Little Company of Mary convent at Hyson Green in Nottingham, England. As the beautiful tree grew, so too did the Little Company of Mary. The first LCM Sisters sat under this pear tree to pray, to plan and to celebrate.  From the wood of this tree a large crucifix was eventually made which now hangs in the LCM Heritage Centre in Nottingham.

For Calvary, the pear tree is a symbol of our commitment to continue the mission and vision of Mary Potter by being a source of hope, healing and nurturing to the people and communities we serve. 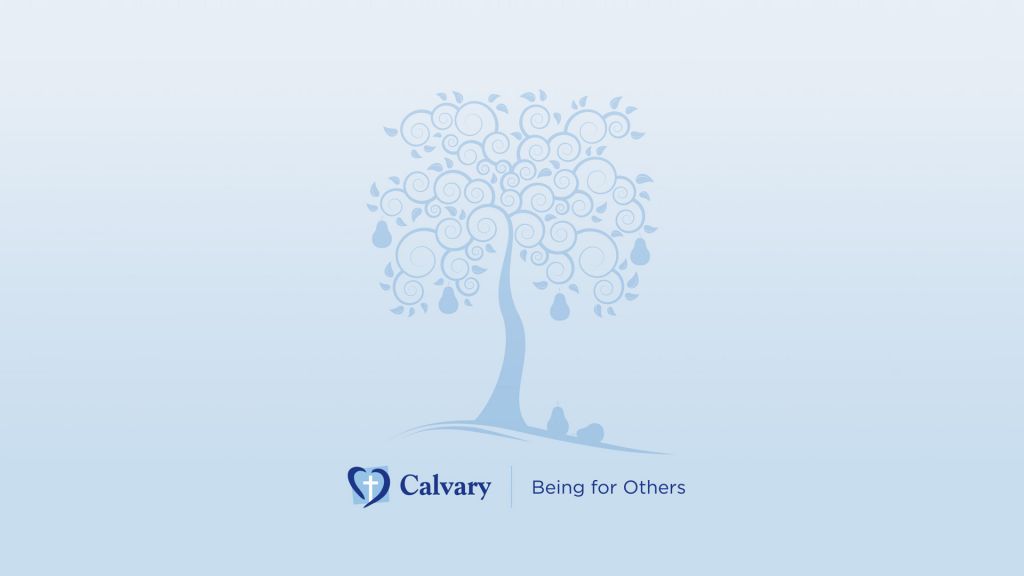 The image above is based on the original drawing by Marie Angel, the great-niece of Venerable Mary Potter, of the pear tree situated in the garden at Hyson Green.

When she went to Rome in 1882 to gain approval for the Constitutions of her new Congregation, Mary Potter also worked among the poor of the area, establishing a hospital – Calvary – as well as the Chapel of the Maternal Heart. On 9 April 1913, after suffering from ill health for many years, Mary Potter died in Rome, where her body lay until 1997 when it was returned to the Cathedral of St Barnabas in Nottingham.