You are here:
Home / About Us / People / Board of Directors

“We believe that Australian society is best served by a single health care system where the public and private sectors play complementary roles in delivering high quality, responsive and compassionate care. ”
Hon. John Watkins AM, former Chair National Board Jim has over 30 years’ experience in planning, leading and implementing change in health care, justice and human services.

Jim is Chair of Lifeblood (the Australian Red Cross Blood Service), Chair of the Women’s and Children’s Health Network in South Australia and a Member of the Cancer Council SA. Until recently Jim was Chair of the Australian Digital Health Agency and Deputy Chair of the Independent Hospital Pricing Authority. Prior to Jim’s current appointments he was a partner at EY Australia (formerly Ernst & Young), where he was Global Health Leader; Government and Public Sector Leader; and Lead Partner in Health and Health Care.

Jim was made a Member of the Order of Australia in 2007 for service to the community through leadership and management roles in the health and justice systems, and in the areas of public housing and child protection services.

He was the Chief Operating Officer and Finance Director of Publishing and Broadcasting Limited (PBL) Media and Nine Entertainment Co. During this appointment, he was also Chairman of Ninemsn. Before joining PBL, Pat was Chief Financial Officer at Optus Pty Ltd, with responsibility for financial affairs, including corporate finance, taxation, treasury, risk management, procurement and property. He is Chairman of CarSales and Dreams2live4 and a Director of Afterpay Ltd. 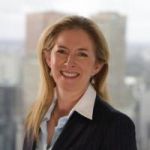 Agnes has had an impressive career, spanning more than 20 years as an Executive in the information and communications technology industry, and nine years as Non-Executive Director in the health sector. She was a Director at Telstra for over 13 years and during this time she led several of their largest businesses. Prior to Telstra she was the Regional Director for Ericsson Enterprise for Asia Pacific where she managed some of their most significant markets. She has delivered organisational integration, transformation and growth, primarily within large multi-national enterprises. She is a graduate of the Australian Institute of Company Directors.

Agnes is passionate about health and was a director on the Board of Mercy Health for nine years.

Agnes is highly engaged with the Australian Catholic community and, in November 2018, was appointed a Lieutenant of The Equestrian Order of the Holy Sepulchre of Jerusalem Appointed to the Board on 1 January 2012

Richard is the former Deputy Director General of the Strategic Development Division of NSW Health. Until June 2007, he was also Chief Executive of Justice Health.

Richard began his career in general practice and was in full-time practice from 1979 until 1998. He developed a special interest in problems relating to drugs and alcohol, and worked for many years at St Vincent’s Hospital Sydney’s Rankin Court Methadone Stabilisation Unit. Richard is a Director of Mindgardens Research Institute (formerly Neuroscience Research Australia Limited). Richard was made a Member of the Order of Australia in 2010 for service to the health sector through leadership roles in the areas of service development, primary health care, mental health, and drug and alcohol policy. David is a well-respected member of the Tasmanian business community. He was Executive Director of financial services firm Shadforths Limited for more than 20 years. David became a Director of the Royal Automobile Club of Tasmania in 1989 and served as club President between 1994 and 1997. He was also a Non-Executive Director of several health care organisations, including Royal Hobart Hospital Research Foundation and Southern Cross Care (Tas), and was a founding Director of the Financial Planning Association of Australia. Jennifer is an accomplished Senior Executive and Board member who has served in Catholic ministries in education, health care, aged care, and aid and development for more than 22 years. She is Chair of the Trustees of MercyCare and the Leadership Program Development Committee for Catholic Health Australia.

Prior to this, Jennifer was a Director of Catholic Health Australia, and Chair of its Pathways Taskforce and its Mission and Identity Committee. Jennifer was Group Director of Mission for St John of God Health Care in Perth for nearly 16 years. Lucille is a partner and the national health care sector leader at Maddocks. She advises clients across the health care spectrum with a focus on hospitals and health services, residential aged care, retirement living, disability and home based care services.

Having advised on a number of sector transforming transactions, involving the consolidation and development of health care assets, Lucille acts for a range of organisations including institutional investors, developers and operators of health care assets. With expertise advising on health care regulatory and funding frameworks, Lucille is interested in exploring opportunities to facilitate collaboration and enable the provision of integrated health care services, while managing risk in a highly regulated environment.

Lucille previously served on the Board of St Mary MacKillop Care (NSW) and on a human research ethics committee. 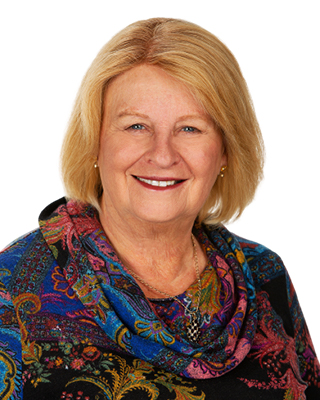 Annette is an experienced Non-Executive Director in financial services, health, infrastructure and aged care. Current appointments include Director of National Youth Mental Health Foundation (Headspace) and Cater Care Pty Ltd. She has qualifications in finance, superannuation and corporate governance, and is also a Panel Member for Australian Financial Complaints Authority.

Medically trained, Annette continues to work part-time as a general practitioner. Her medical interests include clinical risk management and quality improvement in health services. She is a member of the Medical Experts Committee of Avant Mutual Ltd, a leading medical indemnity insurer. 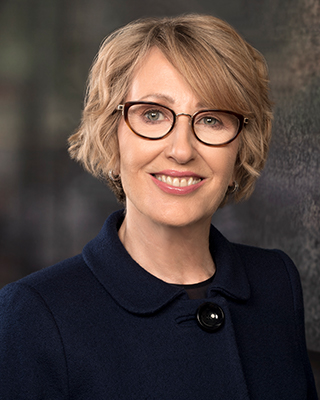 Lucille is a former managing partner of EY’s Asia-Pacific Government & Health Sciences practice. Lucille is now a strategic advisor to Synergy and a Director of the Canberra Symphony Orchestra. Lucille was born in Canada and brings a unique blend of Australian and Canadian public sector experience in policy reform, AI, data analytics, digital and citizen centric service delivery in health and human services.

Flexible careers that make a difference And, many locals have secured their one, two or three-bedroom villas that feature open plan… Happy staff make happy residents. Many of the employees over their years working at Calvary…